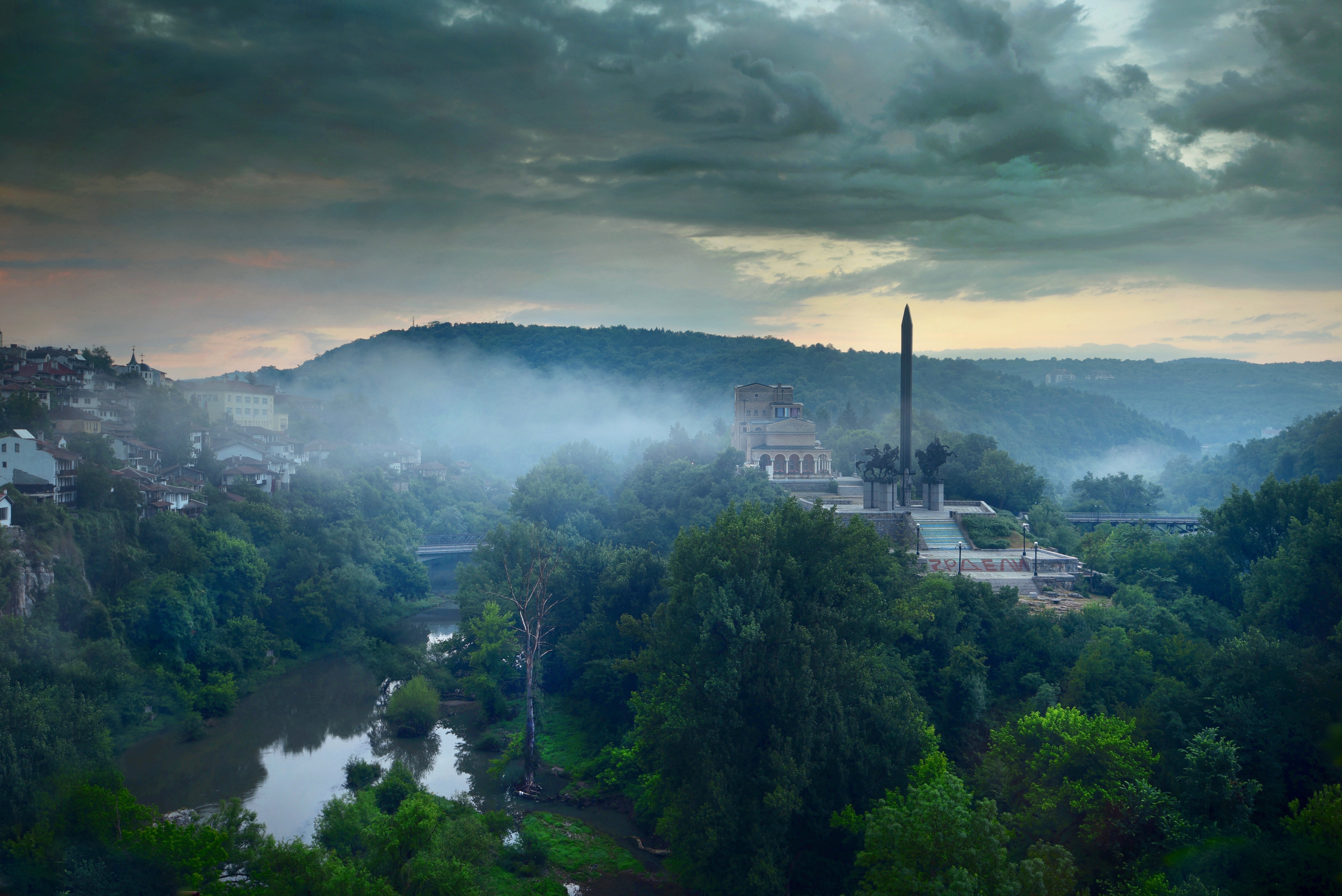 Each country has a handful of it-places. They are instantly recognizable from millions of fridge magnets and Instagram posts, and their history, with its tragedies and triumphs, is part of the national consciousness.

Veliko Tarnovo is one of Bulgaria’s it-places. Clinging to the slopes above a series of meanders of the River Yantra, it still has echoes of the splendid medieval capital that witnessed this nation’s glory and its halcyon days before it fell to the Ottomans. The traditional houses that climb the city hills are a reminder of the times when Tarnovo was a center of rising Bulgarian national consciousness, and are as picturesque as they are impractical to live in. After Bulgaria regained its statehood, in 1878, Tarnovo blended the symbolical and the historical and became the setting for two major events. In 1879, the first Bulgarian parliament met there and adopted the first Bulgarian Constitution, known affectionately to this day as the Tarnovo Constitution. Significantly, all but two of Bulgaria’s Grand National Assemblies, whose powers exceeded those of regular Bulgarian parliaments as they were supposed to make constitutional amendments, met at Tarnovo, including the most recent one, in 1990. In 1908, Bulgaria’s full independence from its former suzerain, the Ottoman Empire, was declared in Tarnovo.

Veliko Tarnovo is not all about history, national pride, and quaint architecture. It teems with the students of one of Bulgaria’s oldest universities. Before the Covid-19 pandemic anyway, it was always busy with tourists. During the optimistic part of the 2000s (do you remember those times?), ex-pats from the UK, Ireland, and elsewhere settled in the city and the nearby villages.

The melding of revered Bulgarian history and modern events in Tarnovo is not without conflict. The medieval fortifications and churches on the Tsarevets and Trapezitsa hills that are now seen as the epitome of national glory were largely built in the 1980s (in the case for the former) and the 2000s (in the case for the latter) to inspire patriotism and to provide photo opportunities. The ring of medieval churches at the foot of Tsarevets hill was, for the most part, newly reconstructed after damage caused by the Ottomans and, in 1913, by a powerful earthquake. The most questionable additions to “patriotic tourism” in Veliko Tarnovo are the most recent ones: a multimedia visitor center peopled by wax figures of Bulgarian kings and queens, and an amazingly silly Mini Bulgaria theme park right at the foot of Tsarevets. 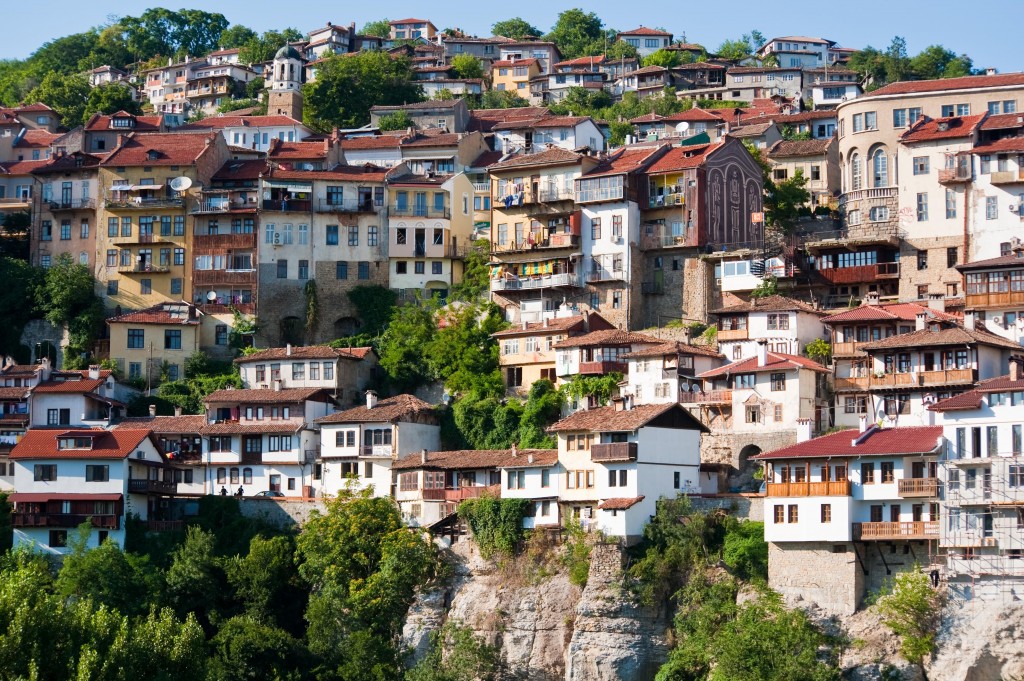 The Revival Period part of the city that spreads over the hill opposite Tsarevets and Trapezitsa is more authentic. Its whitewashed houses, which inspired Le Corbusier during his 1911 trip to the Balkans, are reminders of the days when Tarnovo was a major economic and cultural center and an inspiration for the nationalist sentiment. The post-1878 European-style houses and the public buildings among them add another layer to this ever-changing city, where history and tradition may have been destroyed and rebuilt, but rarely vanished completely. In those days Tarnovo did not necessarily look to its past but strove to belong to the wider world.

This is now under threat. While over-construction undermines the integrity of Tarnovo’s medieval core, the Revival Period and late 19th century part of the city suffers from neglect. Tired of climbing up and down the steep alleyways in the old center, many residents have opted for more convenient homes in the flatter, newer part of the city. Targeting tourists, many old houses were restored and made into hotels, B&Bs, and restaurants, yet way too many others are in different stages of abandonment and dereliction, slowly crumbling into nothing. When they collapse, they are replaced by unnatural amalgamations combining respect for traditional architecture with a love of plastic double-glazed windows.

Hopefully, Veliko Tarnovo will survive the carnage of misplaced modernity. After all, as one of Bulgaria’s it-places, it has seen worse in its centuries-old history.