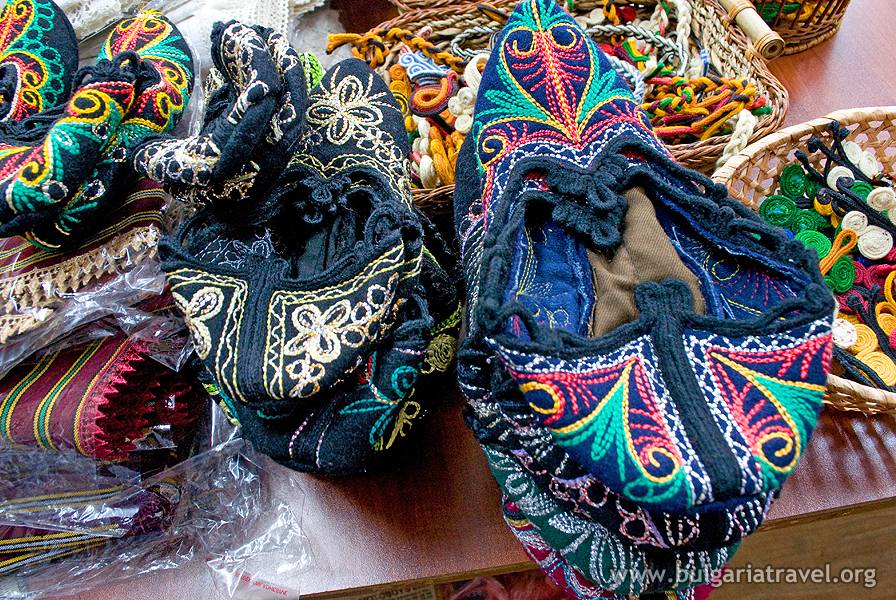 The waitress in the café approaches the table, carrying a tray with two small cups of steaming Turkish coffee. Then she stops nearby and starts spinning the tray round and round in the air, the cups rapidly turning upside down. You might think that she has gone mad and you are going to end up with coffee all over your clothes, but this doesn’t happen and in a few seconds you are enjoying the so-called coffee on the sand. This is a specialty one must definitely try when in Zlatograd. The coffee is boiled on heated sand and then spun around several times to get a unique dense taste that can make you forget all about espresso.

Zlatograd, or the Town of Gold, is worth visiting not only for that special coffee. Situated in the southern part of the Rhodope, a few kilometers from the border with Greece, it is a site of rich history and culture, and home to a remarkable privately-owned ethnographic complex, where romantic white houses represent the architecture and the typical environment of the Bulgarian Revival Period. The stunning whiteness of the houses is believed to have been the reason for the old name of the place – Belovidovo, or White Town. The name was later changed to Zlatograd because of the gold ore found in the region. Stone paved streets lead you to the doors of ateliers where craftsmen turn leather into saddles and bridles, pieces of gold become jewelry and you can try weaving on a traditional loom.

Wandering around you come across boys and girls wearing traditional national costume, but you haven’t actually gone back in time – they are most probably dancers, invited to entertain the guests at a celebration. The ethnographic complex in Zlatograd is a popular site for weddings, which are conducted along the lines of traditional ceremonies and rites of the region. 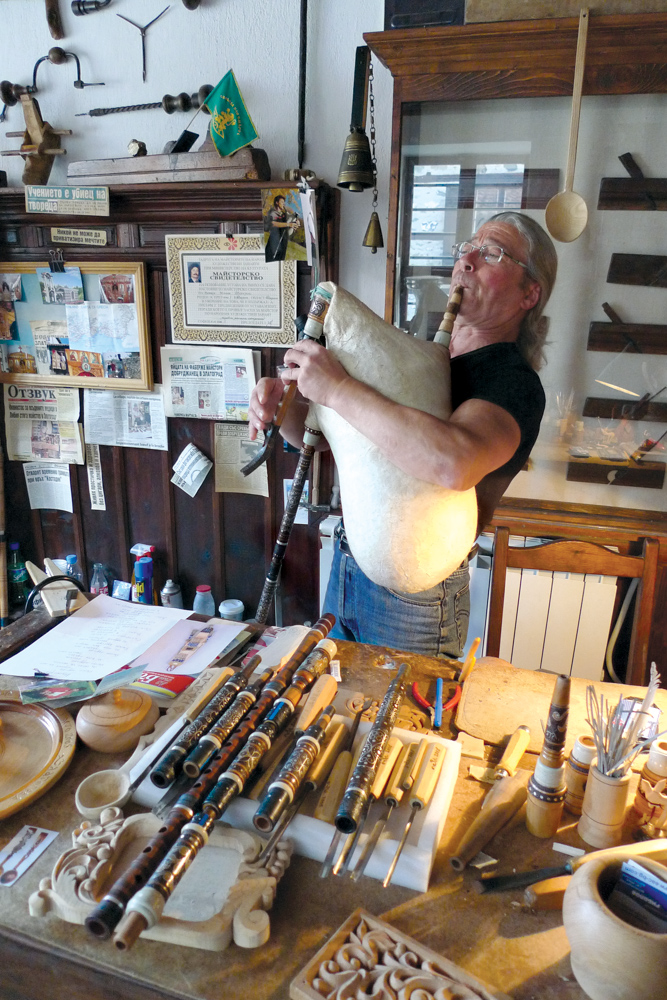 The woodcarver in the museum complex willingly plays the gayda

The Ethnographic Museum, situated in a building from the second half of the 19th Century, shows exactly how people lived in Zlatograd centuries ago. On entering the museum you are welcomed by a woman wearing a traditional local costume, who will willingly accompany you around the museum and tell you everything about the lifestyle, clothing, and culture of the people of Zlatograd. It is interesting to see how the people of Zlatograd used to furnish and decorate their homes – the rooms were furnished with a touch of what is now referred to as minimalism. In the museum, you can also see an archaeological exhibition with items found locally from the Thracian, Roman, and Byzantine heritage of Bulgaria.

Another fascinating spot is the Museum of Communications, which is one of a kind in Bulgaria. Early telephones and telegraphs are on show, accompanied by photos, some of which will surprise you. Most ordinary Bulgarians are not aware that decades ago letters and packages were distributed around the country by postmen riding camels. If you’d like to see how the local schools looked in the Revival Period you can visit the Museum of Education, which tells the history of education in this part of the Rhodope from way back.

Movement and color draw attention to the weaver’s workshop, where a skilled lady sits behind a loom and weaves threads to produce cloth. More than two centuries ago Zlatograd was known as a center of the craft, which has been preserved here. The workshop is usually full of tourists, some of them just absorbed in the weaving process, others choosing fabrics and homespun cloth to bring home for a present. The bravest sits at the loom and try for themselves the magic of weaving, guided by the experienced weaver.

Just near the weaver’s you can pop into the tailor’s workshop and see how the craft of sewing is applied in the production of modern clothes. You can also have a look at the collection of irons and sewing machines, which show the transformation they have undergone throughout the years.

If you are keen on jewelry the goldsmith’s workshop is the place to visit. There you can learn about the ores and crystals found in the Zlatograd area, as well as the traditional items of jewelry used on special occasions and in different rituals. There are also pieces for sale and you can go home with a unique handmade ring or bracelet, safe in the knowledge that no one else will be wearing one the same. Nature lovers can take an eco path and climb one of the three hills that form the Krastata Gora area. Each hill has a church on top – Sts Constantine and Elena, St Atanas, and St Nedelya. From the hilltop, if the sky is clear, you can see the glittering waters of the Aegean Sea in the distance. The Zlatograd Dam and the Varbitsa River provide the option for fishing as well.

Walking all-round Zlatograd can be tiring, and the best place to finish your tour and have a rest is in one of the taverns in the complex. It is a delightful experience, sipping a glass of local red wine while listening to the sounds of a pipe and traditional Rhodope songs. Try the regional specialties like patatnik, a baked potato pancake, or klin, a pastry with a spicy rice filling, and you won’t regret it. You can find these in taverns in big cities in Bulgaria as well, but their real taste can only be experienced here, where they are prepared from local ingredients and by skilled chefs who know the traditional recipes down to the last detail.

THE MONUMENT OF DELYU VOYVODA

Have you ever heard of the song “Izlel e Delyu Haydutin” sung by the Bulgarian folk singer Valya Balkanska? It has been traveling in space since 1977 as part of the Voyager Golden Record selection of music included in the two Voyager spacecraft. The song tells the story of Delyu Haydutin, who was born in Zlatograd in the 18th Century. According to the legend, Delyu was the leader of a group fighting against the forced Islamisation of Bulgarians under the Ottoman rule and is considered a national hero. There are many accounts of Delyu and his deeds. One of them has it that neither a bullet nor a sword could kill him, so his enemies had to make a special silver bullet that finally ended his life. The monument stands just at the spot where Delyu is supposed to have been killed by the Turks and can be seen as you enter the town of Zlatograd.