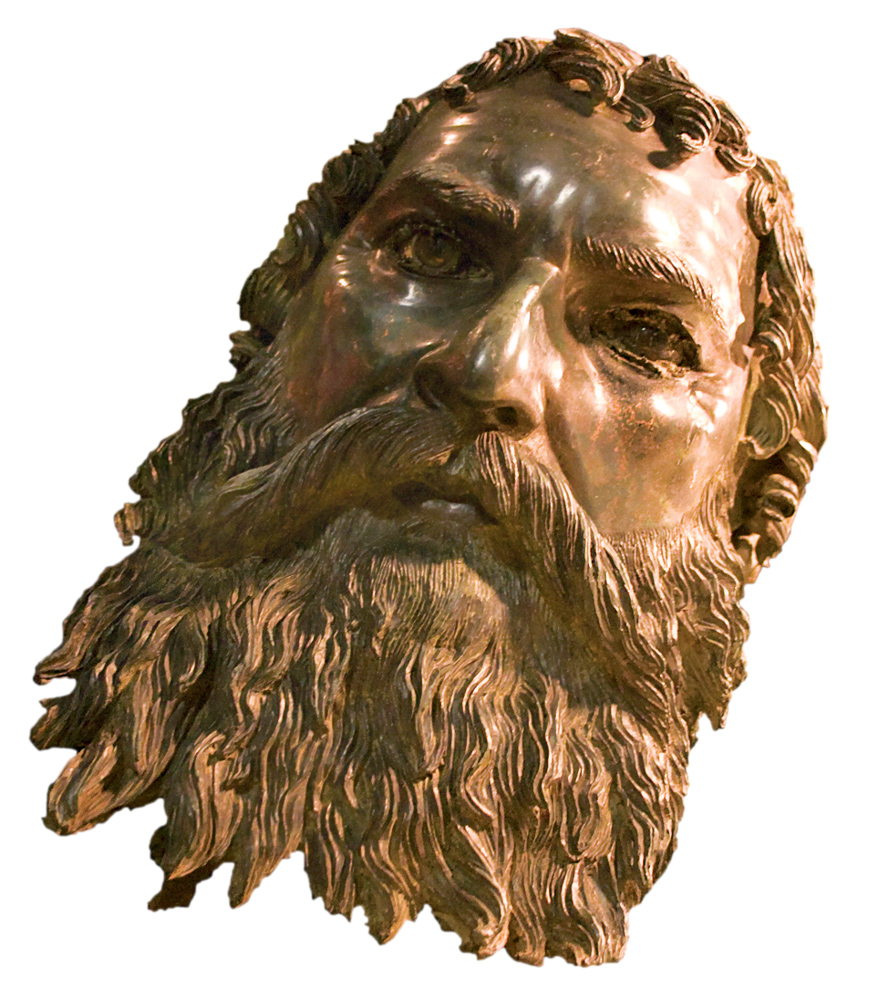 Most of the deceased were sent into the afterworld with modest collections of everyday items. In a dozen or so of the graves, however, archaeologists led by Ivan Ivanov discovered gold. This is a sure sign that the community near Varna practised social stratification. Most of the “golden” graves were empty – the golden decorations were arranged on top of crude clay masks that represented human faces. The person at the top of the pyramid, however, was there – in grave number 43. This king/high priest was put to rest with all the symbols of his worldly power – a stone axe with a golden handle; a gold diadem, bracelets, earrings and trimming on his clothes; and an empty gold cylinder that some interpret as a phallus, while others say is the handle of a whip.

The culture that created the Varna necropolis disappeared, most likely overwhelmed by the waves of settlers from the East who flooded the Balkans at the end of the Copper Age and the beginning of the Bronze Age. The newcomers were also fond of gold – several of their treasures have been discovered recently. In 2004 Martin Ivanov’s excavation of graves at the necropolis in the village of Dabene near Karlovo revealed miniature beads, a gold dagger and hundreds of golden rings that were buried with their owners during the 3rd millennium BC.

The Valchitran Treasure is not the only hoard from the end of the Bronze Age between the 16th and 12th Centuries BC, a period that more or less coincides with the Trojan War. However, the treasure’s 13 objects, whose functions have still not been clarified, are without a doubt some of the most impressive archaeological finds ever made in Bulgaria. The heyday of gold treasures in Bulgaria – at least for the ones we know about – came considerably later. In the middle of the 1st millennium, BC Thracian kings emerged from historical anonymity and began to appear in the annals of the neighbouring Greeks. The Thracians never developed their own writing system or showed much of an interest in writing in general, judging from the scarce inscriptions that have remained – most of which are found on vessels from various treasures.

Thracian rulers displayed their wealth and political might in a far more conspicuous way – with huge gold treasures. The golden mask from Svetitsa, which according to Kitov belonged to King Teres, is only the tip of a gigantic iceberg of silver and gold. The 165 pitchers and rhytons from the Rogozen Treasure were crafted between the 6th and the 4th Centuries BC. They are silver, but the images carved on them in relief are gilded with gold leaf. The scenes offer rare evidence of the ancient Thracians’ pantheon and beliefs. During the 4th Century, BC Thracian craftsmen produced the exquisite rhytons, amphorae and phials from the Panagyurishte Treasure, discovered by three brothers digging up clay for bricks. During the same century was created also the precious horse bridle that was buried in a bronze container, only to be discovered in 1963 in the town of Letnitsa during the building of a barn. Some archaeologists interpret the golden figures on the bridle – which show a horseman killing wild beasts and having sex – as an illustrative history of the life of Thracian kings. During the 4th Century BC, a man and a woman were buried in the Mogilanska mound near Vratsa, together with a magnificent golden diadem and a silver kneepad with a strange image of a woman whose face is half-covered with horizontal lines.

Why did the Thracians bury their priceless riches? Some of the treasures probably found their way into the ground to be hidden during wartime – and their owners never returned to retrieve them. However, it was for other reasons that the Thracians placed precious artefacts in graves and tombs.

The Thracians believed that after death a person began a new life – according to descriptions by Greek historians, the Thracians considered the afterworld such a pleasant place that they laughed when someone died. However, in their new lives the deceased – especially kings and aristocrats – needed everything that they had enjoyed while still in this world. For that reason they killed horses yoked into expensive chariots near their graves, left richly ornamented serving sets and weapons near their couches, and – if what evidence suggests is true – specially sacrificed the dead man’s favourite wife. Gold luxury items were an integral part of life, which the Thracian kings wanted to take with them in death.

Gold also served another purpose. The Thracians believed that gold possessed a mystical power that connected the world of the living with that of the dead. Bulgarian folktales still contain traces of this belief.

When the heroes find themselves in an enchanted kingdom, usually referred to as dolnata zemya, or the underworld, the objects there are usually made of gold or – in the worst-case scenario – silver.