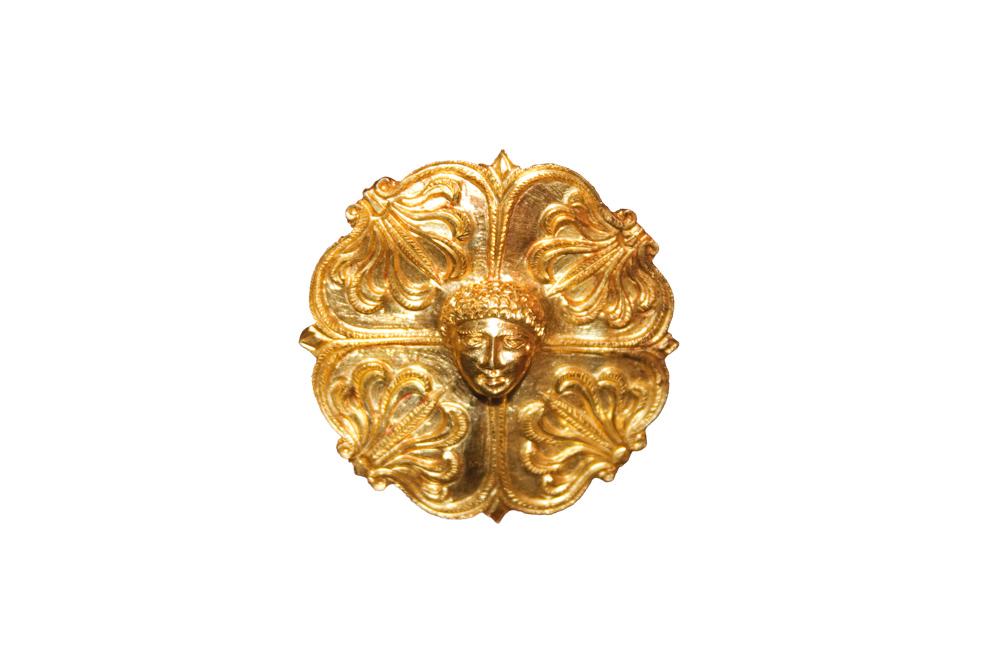 The stories all begin differently. A villager goes out to plough the fields that his father and grandfather had ploughed before him for years, never getting anything besides grain in return. With a backhoe, a construction worker digs a trench for a canal. An archaeologist sinks a shovel into a burial mound. Or an imanyar, or illegal treasure hunter, scouts around with his metal detector and digs where the device squeals the loudest.

In every case, the ending is the same – the villager, construction worker, archaeologist or imanyar finds a gold treasure. And except in the case of the imanyar, also the world learns about it.

One of the most famous cases of such a discovery in Bulgaria was in 1925. Two brothers from the village of Valchitran near Pleven were hoeing their vineyard with the help of 15 workers when barely 30 cm, or one foot, below the surface they came across a few large “brass soup bowls” and “lids.” The brothers decided that the vessels were a sure sign that there was a real treasure somewhere nearby, so they tossed them aside and began digging frantically around the area. They found nothing. Disappointed, the brothers gathered up the dishes and since they were quite large, they began using them to feed their pigs. The authorities eventually heard about the discovery and confiscated the “brass bowls.” Today the Valchitran Treasure remains the largest gold cache ever found in Bulgaria. The vessels weigh 12.5 kg, or 27.5 lbs.

Of course Bulgarians had been discovering treasures long before that. Dozens of local fairytales begin with a poor villager who finds a jar full of gold coins.

Imanyarstvo, or illegal treasure hunting, has developed a folklore of its own. Imanyari believe spells and magic charms protect hidden treasures and that the treasure itself gives away its hiding place, appearing as a dream vision or a fire during the night on major religious holidays, usually St George’s Day. Anyone besides the rightful owner who discovers a treasure and tries to take it has to battle the talasam, or goblin, that guards it – all without uttering a single word. Even if everything goes smoothly, the treasure remains dangerous. According to one legend, a treasure brings happiness and luck only if an orphan finds it.

We can only guess at the number of treasures imanyari have dug up. Every archaeologist in Bulgaria knows of at least one case in which valuable artefacts have found their way into illegal private collections or have been sold abroad.

However, the treasures that have ended up in Bulgarian museums have become some of the most internationally recognisable aspects of Bulgaria’s cultural heritage. The late archaeologist Georgi Kitov attracted the attention of National Geographic, Discovery Channel and Time magazine – as much for his practice of digging up burial mounds with a backhoe as for the sensational finds he has made. His “golden streak” began in 2004, when he discovered a 600 g, or 1.3 lb, gold mask from the 5th Century BC in the Svetitsa mound near Kazanlak.

But the popularisation of Bulgarian treasures outside the country has a much longer history. In the 1970s Lyudmila Zhivkova, daughter of Communist dictator Todor Zhivkov, chaired the Committee for Culture. A historian by training, she initiated a series of archaeological exhibits. One of them, “Thracian Art in Bulgarian Lands,” visited 25 international capitals and so impressed Bulgarians themselves that they began referring to all the various treasures as one – the “Thracian Treasure.” This tradition has stayed on to this day. According to the former Culture Minister, Stefan Danailov, between 1994 and 2006 Bulgaria’s Thracian treasures were included in 17 international exhibits, including France, Switzerland and Japan.

These travelling exhibits are the main reason that when you go to a Bulgarian archaeological museum, you’re likely to see replicas of the treasures instead of the real thing. Some conspiracy theorists claim that even the “originals” are not original. Rumour has it that in the 1970s high-ranking Communist officials – Zhivkova herself was said to be mixed up – secretly sold the originals to private collectors in the West, leaving Bulgarian museums with exact copies.