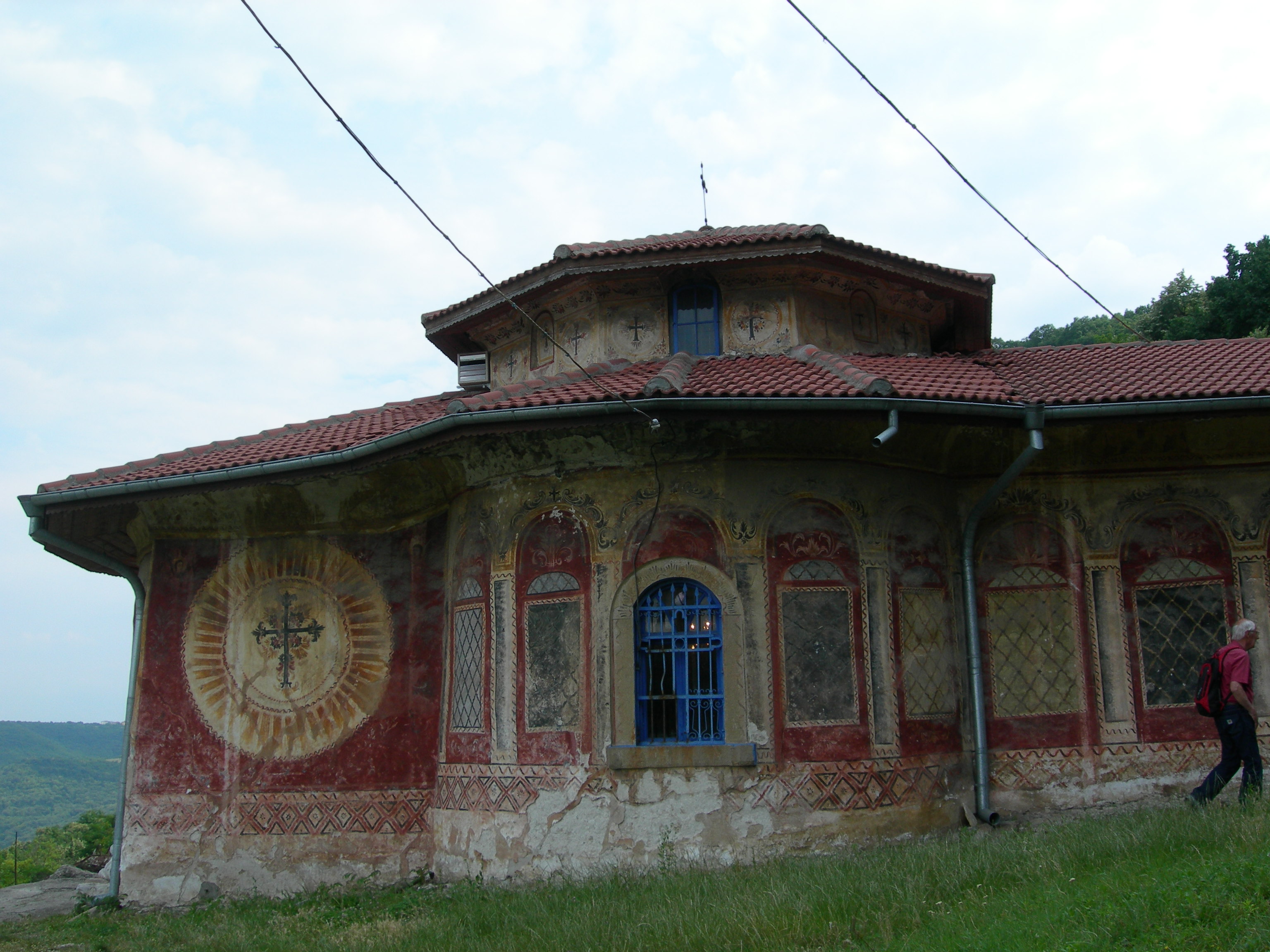 The Wheel of Life scene, on the southern wall of the main church, is self-explanatory. Here unfolds the human cycle, the eternal flux mirroring the passing of the seasons. The naivety of the child in spring blends into the confidence of the adult in summer, before settling into the wisdom of the aging man in his autumn, until it reaches the despair and demise of the old man in his winter; a never-ending cycle put into motion by Death itself.

Curiously, or tellingly, or ominously, Zahariy Zograf’s Wheel of Life was featured on the Bulgarian 100 leva note that was in circulation in the 1990s.

Nestled at the foot of the steep limestone rocks of the Tarnovo Gorge on the Yantra River, about 7km from Veliko Tarnovo, the Preobrazhenski, or Transfiguration, Monastery is Bulgaria’s fourth-largest. As in many Bulgarian monasteries, its location is picturesque and its 19th-century architecture is charming. Preobrazhenski Monastery, however, is also a seminal location for Bulgarian history.

Here, some of the most prominent figures of the Bulgarian Revival Period twisted and turned medieval traditions into modern ideas of national emancipation.

A monastery appeared close to the site of the present one in the 13th century. It was a branch of the Vatopedi monastery from the Mount Athos monastic republic which, in the 1360s, became independent and attracted the attention – and the donations – of Sara-Theodora, Bulgarian King Ivan Aleksandar’s second wife, a converted Jewess. This monastery suffered heavily during the Ottoman invasion at the end of the 14th century and was abandoned.

In the 1820s, a monk from Rila Monastery built what is now Preobrazhenski Monastery, claiming it as the direct descendant of the long-lost 13th-century one. Soon, the old-new monastery became the hotbed for the new ideas on national independence which bubbled up throughout the 19th century. The architect of the main church, for example, never finished his work as he was executed by the Ottomans for his participation in the botched Velcho’s Plot of 1835. What he had left unbuilt in Preobrazhenski Monastery was finished by Master Kolyu Ficheto, Bulgaria’s most distinguished architect of the time. Under his command appeared the fortress-like complex of the monastery, complete with the main church, living quarters, a belfry with a clock, and a chapel. 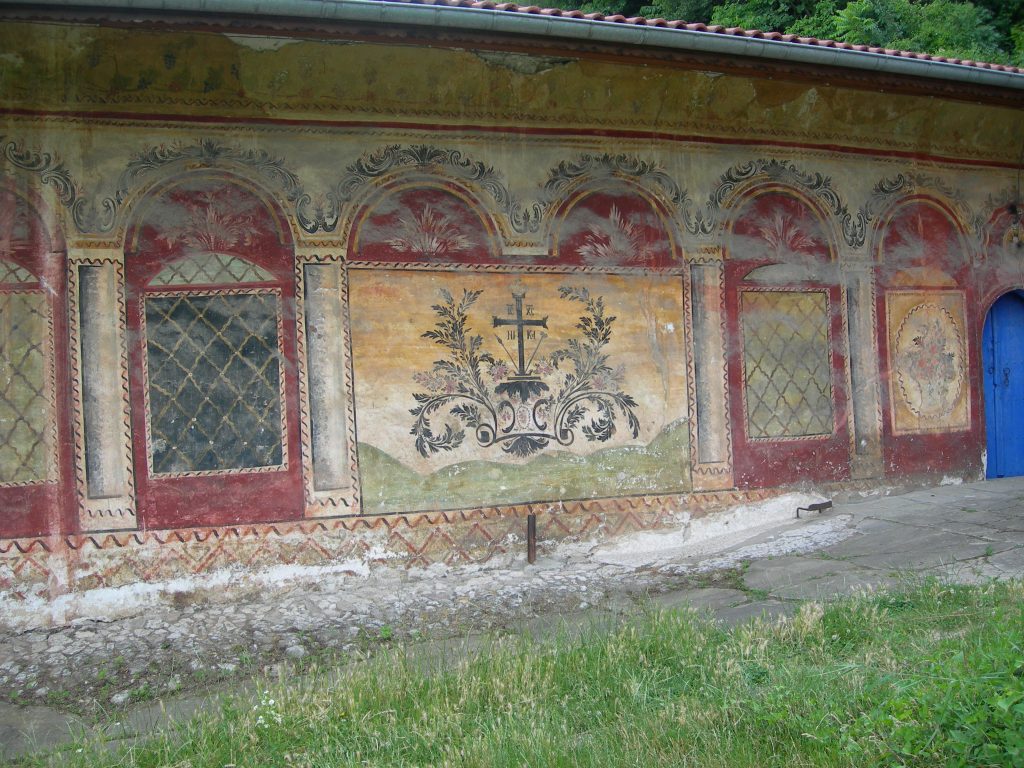 At the same time, Zahariy Zograf was busy covering the Transfiguration church with his vivid murals, playfully combining religious scenes and themes with contemporary scenes, fashions, and lay-people of his Bulgaria. The Wheel of Life is not the only remarkable fresco he left there. Zahariy Zograf signed the main icon of the church, that of the Transfiguration, and painted his self-portrait on the wall, a daring novelty that defied the medieval notion that artists should remain anonymous as none of them could compare with God, the ultimate creator.

Meanwhile, the monastery nurtured its reputation as a place of radical ideas, and would often take part in anti-government activities, offering shelter to the revolutionary Vasil Levski and participating in the 1876 April Uprising. Tellingly, it was here that a man who would become better known by his religious name, Matey Preobrazhenski, took his vows in the 1840s. He was a remarkable Renaissance person. A great wanderer – something reflected in his nickname Mitkaloto, or The Vagabond – he traveled far and wide, fought in a revolutionary band, practiced traditional medicine, spread modern agricultural practices, and ideas, wrote and distributed books, opened community centers, attended theatre performances, helped Levski, and was so immersed in engineering that he built several mechanical mills and attempted to construct a perpetuum mobile.

During the 1877-1878 Russo-Turkish War, Preobrazhenski Monastery was a military hospital. When the conflict ended, grateful Russian soldiers donated to it bells, chandeliers, and religious books. In the late 19th century, several new buildings were added to the complex, including a cemetery chapel.

Today, when you enter the monastery’s narrow yard, you could hardly imagine that in the 19th century this place was teeming with life and revolutionary, artistic, and political ideas, breaking the medieval mold of the erstwhile Bulgarian society. A picturesque place at a picturesque location is what attracts the visitor today.

What you might not notice is that Preobrazhenski Monastery is under constant threat from nature. The soft limestone rocks above it are far from stable. In 1991, a huge boulder collapsed, obliterating parts of the complex, and narrowly missing the main church with its beautiful murals and thought-provoking Wheel of Life scene. 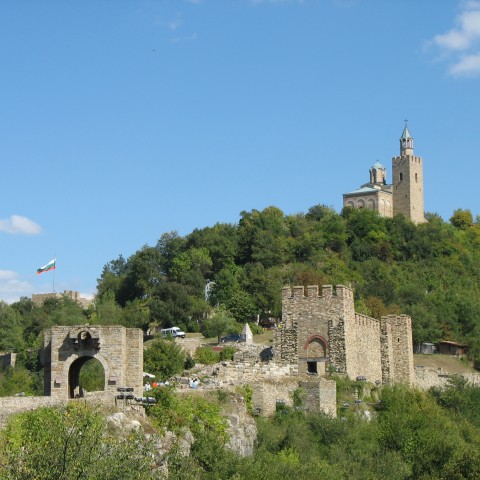 Veliko Tarnovo – The capital of the Second Bulgarian Kingdom