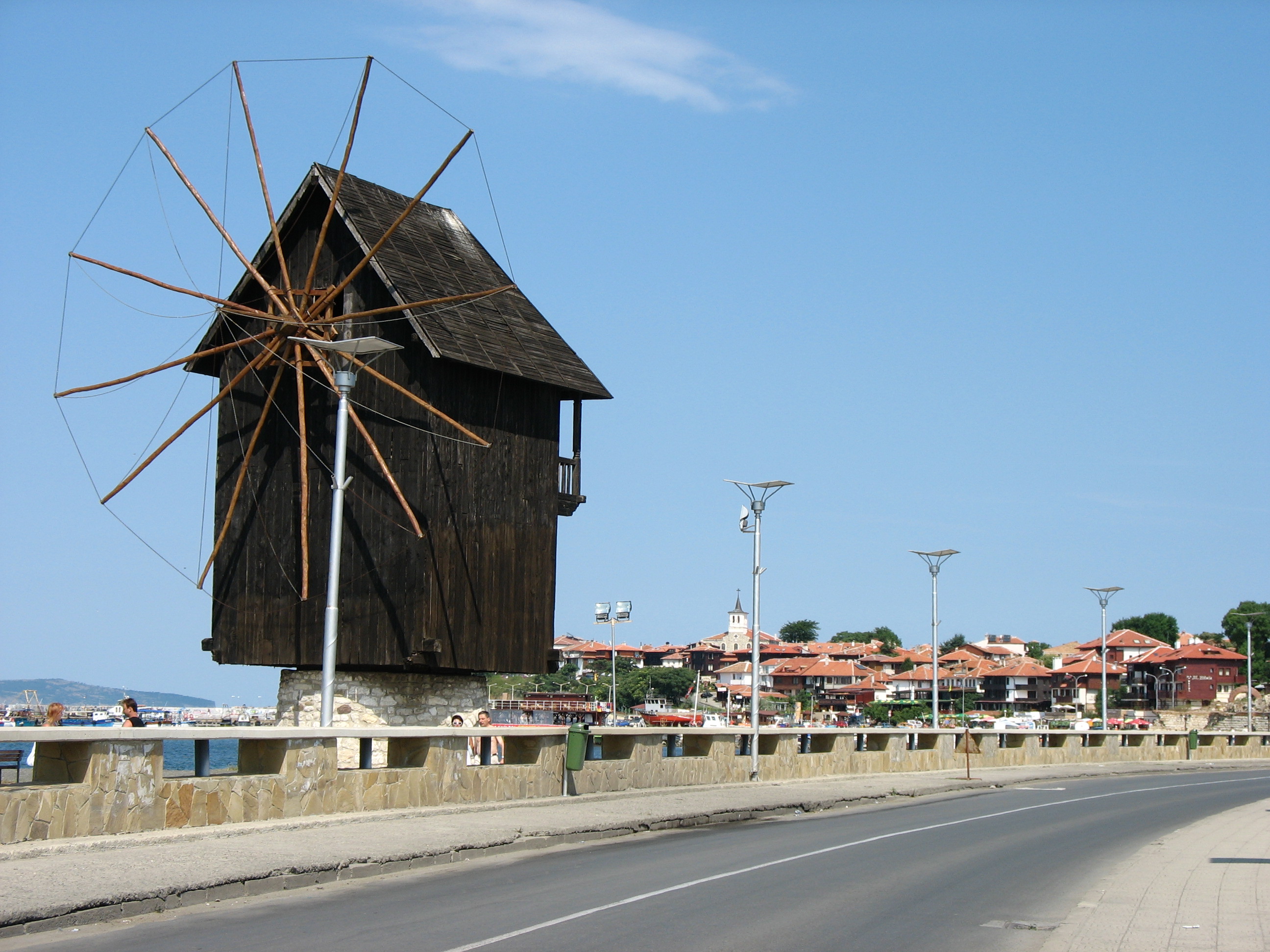 Nesebar is a mosaic of ancient fortifications, medieval churches, and romantic 19th-century houses scattered on a rocky island connected to the mainland by a causeway. They are the accumulation of 2,600 years, the result of a never-ending balancing act between the forces of nature and political, economic, and population change.

It all started far from here, in the balmy waters of the Aegean. In the 8th-7th centuries BC, ancient Greek cities were struggling to feed their growing populations. Colonization of the Mediterranean and the Black Sea ensued, providing an outlet for the energy of the surplus young, and potentially rebellious, men from these cities. There was another benefit as well. The new colonies tapped the resources of foreign lands and established trade routes that supplied their hometowns with vital goods such as grain.

The Greeks who arrived in the late 7th century BC at the rocky promontory where Nesebar rises today were part of this movement. They were quick to evaluate its strategic location, but others had got there first – the ancient Thracians. We do not know what happened immediately after the initial contact between the locals defending their turf and the new arrivals eager to carve a place for themselves. The fact is that the Greeks established a city on the promontory and started trading with the Thracians on the mainland. The Greek colony’s name – Mesambria, preserved a trace of its Thracian past. Bria is one of the few Thracian words we know today. It means city.

Greek Mesambria soon grew into a local power, a position it would hold for most of the following centuries. The exchange of Thracian grain, wood, wool, and honey for Greek luxury goods thrived. Profits were invested in the construction of strong fortifications and lavish temples. Mesambria fared well after the Romans took over, in 72 BC, as a vital trading center on the Black Sea. The town struck it lucky in the 4th century AD when a single man changed the course of world history. In 313, Emperor Constantine legalized Christianity and in 330 moved the imperial capital from Rome to Constantinople, at the Bosporus. Suddenly Mesambria, a city that for centuries had been on the fringe of civilization, found itself within reach of the heart of a mighty empire. Its new, increased importance made it a center of Christianity.

In the millennium that followed, the city – whose name morphed to Mesemvria – witnessed the construction of at least 40 churches. Eighteen remain to this day. One of the oldest is the 5th century Old Bishopric, a shell of a church and a favorite of modern tourists. However, the churches built in the 11th-14th centuries are the ones that leave the strongest impression: concoctions of white stone and red brick laid in stripes, with ornaments such as suns, “wolf teeth,” and swastikas, embellished with blue and green glazed tiles. This decorative style was, rather understandably, borrowed from nearby Constantinople. Mesemvria’s connection to Byzantium was so strong that, in spite of the Bulgarians’ efforts during the Middle Ages, the city rarely found itself outside the boundaries of the Byzantine Empire. It even fell under the Ottoman rule the same year as Constantinople, in 1453.

Location was location and trade was trade, regardless of the empire that taxed it. Mesemvria continued to prosper under the Ottomans, notwithstanding intermittent attacks by pirates. A decline started to creep in in the 19th century when a new trading center, where Burgas now is, appeared south of the city. Gradually, Mesemvria turned into a fishing community whose inhabitants lived in beautiful wooden houses among the medieval churches.

When Mesembria became a part of modern Bulgaria, in 1885, it was still predominantly Greek. This was soon to change, and it almost destroyed the town.

In 1906, news about Greek atrocities against Bulgarian communities in Macedonia, which was then still under the Ottomans, galvanized the Bulgarian society. Tensions rose in cities with significant Greek populations such as Varna and Plovdiv. Days later, the Black Sea Greek town of Anhialo (now Pomorie) saw violent clashes that killed 14 people and caused a devastating fire. Mesembria was next to face conflict that could have turned lethal. Luckily, the local mayor reached a compromise with the Bulgarians.

Mesembria was saved, but the Greeks did not stay there for long. After the Balkan Wars and the Great War redistributed the Ottoman Empire’s European lands, most Greeks left Bulgaria. In their place arrived Bulgarians from Greek-controlled territories.

In 1934, the nationalist Bulgarian government issued a decree to rename Mesemvria to Nesebar.

At the time Nesebar was little more than a backwater that relied mostly on fishing. Things started to change when the fashion for seaside holidays reached Bulgaria, and Nesebar happened to be located near five miles of fine, golden sand. In 1959 the first hotel of what would become the Sunny Beach resort welcomed its guests.

The Communist authorities created Sunny Beach as a playground for paying customers from the East bloc, plus the odd Westerner. Few Bulgarians could afford to stay in the flashy new hotels and dine in the restaurants, so they mostly rented private rooms in the old part of Nesebar.

After the collapse of Communism, in 1989, Sunny Beach was privatized. New construction boomed, targeting package and cheap booze tourists. Meanwhile, the inhabitants of Old Nesebar embraced the changes wholeheartedly. To cram in more guests, owners of traditional houses changed the original architecture of the mansions. Stalls with cheap souvenirs, made-in-China flip-flops, and kitschy paintings covered every free corner in the town, hiding medieval churches and old mansions from view. An old windmill, which had the status of a monument of culture, suddenly became part of a new hotel. In a decade, old Nesebar completely lost its soul. In 2010, UNESCO threatened to remove Nesebar from its famous World Heritage list. A handful of illegal buildings were demolished, triggering protests from locals who demanded that Nesebar break forever with UNESCO. After the dust settled, UNESCO kept Nesebar on its list, and the locals continued mostly undisturbed in their way of doing business.