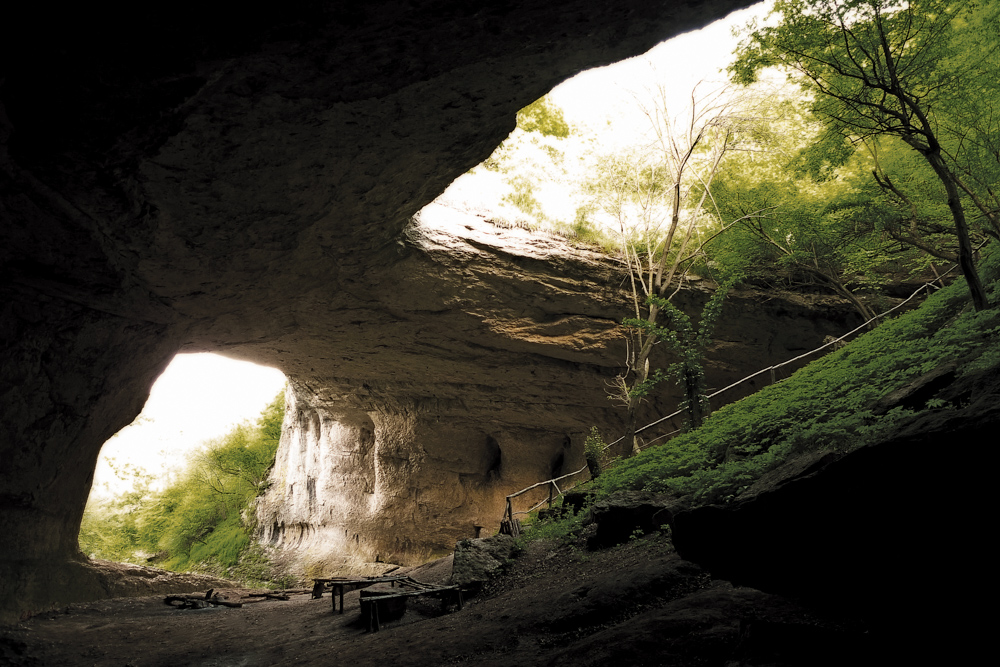 Lilyashka Bara, the brook that flows near the village of Lilyache, a few kilometres from Vratsa, is a quiet and peaceful stream. It would be no different from dozens of other rivulets that flow past dozens of other villages if it wasn’t for a quirk of nature. Lilyashka Bara may look mild and gentle, but sometimes it overflows suddenly, surging in an unstoppable tide, sweeping away everything in its way – from mills to bridges.

According to local legends, this explains the appearance above the brook of Bozhia Most, or God’s Bridge, a natural phenomenon that attracts tourists to this rarely visited part of Bulgaria. The story relates that this rock arch high above the stream was formed miraculously after one such surge of the waters. Twenty metres high, 25 metres wide and nearly 100 metres long, it soars above the brook’s capricious course, safe from its destructive powers.

God – or the gods, depending on which version of the legend you are being told – is said to have thrown the rocky bridge across the gorge by sheer force of will. In fact, however, this natural phenomenon is the product of this same river, as for thousands of years Lilyashka Bara has been excavating and shaping colossal arches into the soft karst rock.

Today, God’s Bridge is a still unknown tourist attraction. It is breathtaking in its natural beauty, but it takes an arduous trek to reach.

Of course, there is a catch. To see God’s Bridge you first need to find it, and the absence of adequate signage makes this no easy task. You can reach the bridge, which is located between the villages of Lilyache and Chiren, by following at least three different routes.

If you are on the Vratsa to Oryahovo road, take the turn for Chiren, and then take the dirt road that you see to the left. A second option is to go to Lilyache and, from the centre of the village, follow the signpost for the “eco path.” The third route involves taking a dirt road through the fields between Lilyache and Chiren; to find it, however, you’ll need directions from some of the shepherds who are usually near the road.

Nowadays, locating God’s Bridge can make you feel that you are heading to the ends of the earth, but in antiquity a busy road used to pass nearby, which was so important that the Romans built a small fortress on a neighbouring hill.

Its modest, crushed-stone walls can still be seen, peeping above the thicket-overgrown ground, not far from God’s Bridge. In fact, the first two paths leading to the rocky phenomenon take you close to the fortress.

Did the soldiers who used to live here have an explanation about how the bridge came to be? Most probably. Human fantasy always strives to come to terms with the curious – even if the only way to do so is by concocting legends.

Local humour is also evident, as to the inhabitants of the nearby villages the majestic and mysterious God’s Bridge is known also as Zhabokrek, or Frogscroak. Why? In summer, when the water in Lilyashka Bara is shallow, hundreds of frogs croak in the little pond that the brook forms under God’s Bridge. The sound echos underneath the imposing rocky dome at all hours.