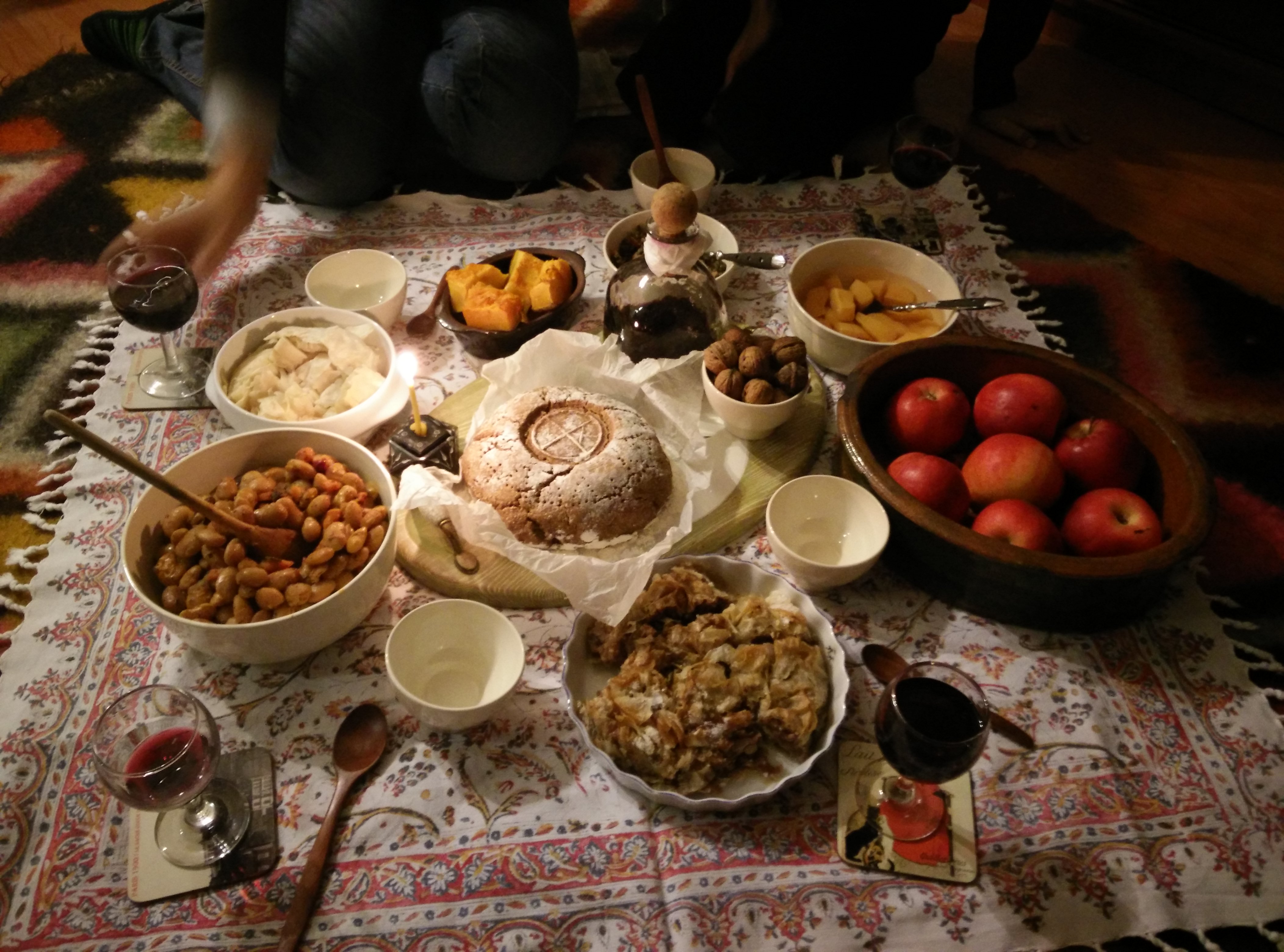 You’re an expat in Bulgaria this Christmas and you want to celebrate the winter holidays with the locals. But you are confused: Why are your usually easygoing neighbors banging on your door in the middle of the night or pouring grain over your head? Why does the whole village suddenly reek of garlic and pork fat? Here’s a bit of insight into Bulgarian superstitions and traditions to help you avoid embarrassing cultural faux pas, such as getting up from the dinner table too soon or falling victim to evil horsemen.

If you’re in a village, Christmas celebrations will take you to the Revival Period, more than a hundred years back in Bulgarian history. You’ll be surprised at how strictly old Bulgarian rituals have been preserved – most of these traditions are a unique combination of pagan and Christian elements, superstition, and catechism. Unlike Western Europe, where Christmas festivities begin in early December, in Bulgaria, holiday celebrations start with a vegetarian dinner on 20 December, Ignazhden, or St Ignatius’ Day. Be sure to choose your guests very carefully – you might just “forget” to invite your cousin’s annoying boyfriend or that tiresome old uncle since local belief says that the coming year will resemble the first man who enters the house on that day. This first guest is called polaznik, or the useful one. He or she must bring something to the home and will receive corn, walnuts, beans, dried fruit, a shirt, socks, and a kerchief in exchange – thank-you gifts for having come to visit. In return, the polaznik must be willing to be sprinkled with grain for good luck. Also, don’t lend anything out on this day or you risk accidentally giving away the household’s good luck.

The week from 20 to 27 December is known as mrasni dni, or dirty days – Bulgarian villagers don’t bathe, do laundry, or clean during this period, in theory at least. The superstitious also believe that during this time evil spirits and karakondzhuli – believed to be winged horses with human heads – roam the streets. The only way to protect yourself is to carry garlic – and this is the reason why most Bulgarian villages reek of garlic during the holiday season. Although garlic won’t save you from all the unpleasant surprises of the Christmas season, it will at least keep you safe from the karakondzhuli – and make you oblivious of your fellow villagers’ strong odor.

During the day on 24 December, known as Malka Koleda, or Little Christmas, the mladi koledari, or young boys between six and 12 years of age, get together. They go from house to house singing songs and spreading good wishes in exchange for Christmas treats from the homeowners. Christmas Eve is called “Badni vecher”, because a log of pear or oak wood is known as badnik is burned in the fireplace all night. This wood, whose flames do not die out until the log has burned up entirely, is used to foretell rain or drought during the coming year. All areas of the house are also perfumed with incense.

Dinner on Christmas Eve is only for immediate family members and is strictly vegetarian. There must be an odd number of dishes, as well as a special hand-kneaded ritual bread. Don’t be surprised that once people sit down at the table they refuse to get up again throughout the whole meal – Bulgarians believe that if you get up during the dinner the hens will get up off their eggs too early. If you absolutely must get up – say, to get the salt shaker or run to the loo – then you should bend over like a stalk of wheat heavy with grain. After dinner Bulgarians don’t clear the table but leave nibbles out overnight for the souls of the dead. Unmarried women place their first bite of bread under their pillows so they’ll dream about their future husbands.

During the night on Christmas Eve golemite koledari, or big Christmas carollers, come out. These are a group of young men led by a married man. They go around the village from house to house from midnight until the morning in traditional holiday costumes decorated with wreaths of dried fruit, popcorn, and raisins. They sing special songs for every member of the family – a ritual known as koledarska blagosloviya, or the Christmas carollers’ blessing. In return, villagers shower the koledari with gifts of meat, slanina, or salted pork fat, grain, wine, beans, and other foods – the koledari usually bring along a donkey to carry all their loot. When they finish their rounds, the carollers gather at the leader’s house to eat and drink up their haul. They also give a portion of the food to the poor. Badni vecher ends when the koledari finally crawl back home after their feast.

On the following day, 25 December, children wake up to find presents under the Christmas tree. After opening gifts comes the most important event of the day – the midday meal. The festive lunch is traditionally made up of heavy foods. Homeowners try to make sure a young woman is the first person to enter the house that day, as they believe this guarantees that all the lambs born that year will be female. Of course, all guests must sip a glass of specially prepared greyana rakiya, or boiled brandy to which two or three spoonfuls of sugar or honey and a pinch of lime blossom are added. After the feast, they spend the rest of the day – as well as the next three days and nights – visiting friends and relatives or recovering from the revelry.

In the village, the koledari‘s songs define the holiday’s rhythm, but in larger cities, the Christmas pace is set by the shopping mall’s working hours. Tantalized by holiday sales, city dwellers feverishly compete to find the ultimate Christmas gifts. You’ll catch a glimpse of well-preserved holiday traditions only in smaller communities: most urban Bulgarians consider following the old rituals a sign of provincialism. So around Christmas time Sofia’s streets are packed with cars fighting for parking spaces rather than carolers going from house to house spreading cheer. In the city, you’ll most likely find traditional Bulgarian costumes in the supermarket – on sausage, cheese, and rakiya labels.

Peel the pumpkin and grate it coarsely, then steam it with the milk in a covered dish for approximately 10 minutes. Once ready, remove the pumpkin mixture from the burner, and then add the crushed walnuts, cinnamon, and sugar. Mix well until the filling becomes smooth. Spread out the filo dough, and taking the sheets two-by-two, sprinkle them lightly with oil and spread the filling evenly over them. Roll the sheets up and place them in a greased baking pan. Bake in a pre-heated oven (heated from above and below) at 180°C, or 350°F, for around 40 minutes. Watch carefully to make sure it doesn’t burn on the top and bottom. After the crust becomes a golden brown take the pastry out of the oven and immediately sprinkle it with powdered sugar. Let it cool, and then cut it into long pieces.