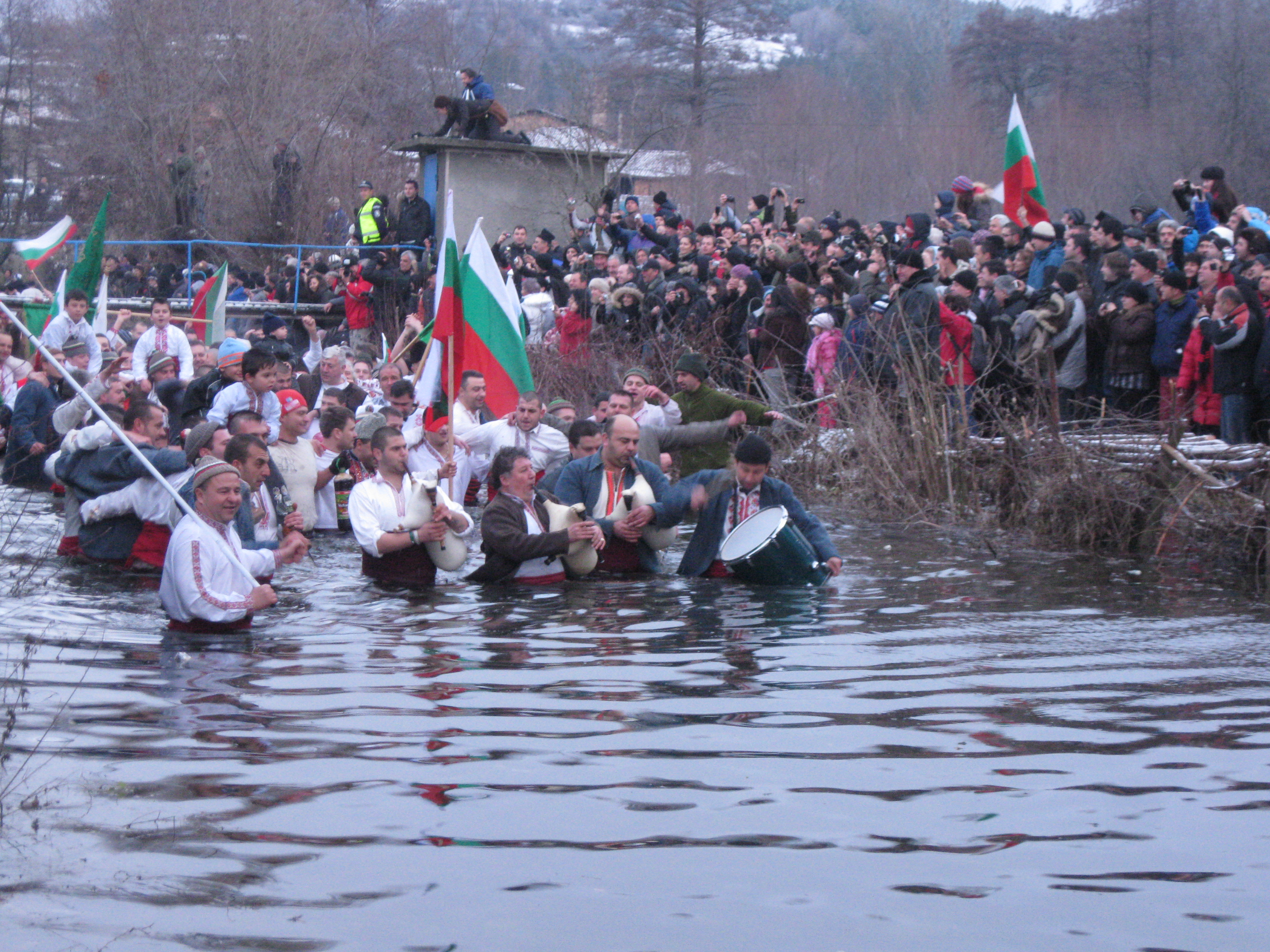 To be a man in Kalofer, a town of less than 3,000 inhabitants, is hard. Squeezed between the slopes of the Stara Planina mountains, Kalofer was supposedly founded by a legendary hothead brigand, Kalifer Voyvoda, and his men. There were so few women around that they had to steal brides from nearby Sopot. The hilly terrain was never good enough to allow them to do more than scrape a living (though the melons are still excellent) and shepherds had to cope with both wolves and dangerous precipices to keep their flocks alive. In the 18-19th centuries, the men in Kalofer turned the tables for a while with the production of woolen braid, and under Communism, everyone had a job. Today times are rough again and many a man of Kalofer is either abroad or in the army.

There is one hardship, however, to which the men of Kalofer eagerly succumb. It is both an act of bravery and a sort of initiation; an adrenaline-boosting experience and a topic for conversation.

It is celebrating the Orthodox Epiphany. In Bulgaria on 6 January, as in other Eastern Orthodox countries, men gather beside open water, be it rivers, ponds, or sea, and once a priest blesses the water and throws in a wooden cross, the men plunge. The one who retrieves the cross and returns it to the priest is blessed and will, theoretically, stay healthy for the whole year.

The ritual lasts only about half an hour, except in Kalofer, where it takes on a more macho and spectacular form. And lasts much longer.

Early in the morning, men dress in traditional clothes and help themselves to liberal quantities of strong home-made wine. When they are ready, they leave their warm homes, friends, and neighbors. They would meet up – small Kalofer is divided into a feuding Upper and Lower parts – and they all head for the Cherkovski most, or Church Bridge.

The day before, the tiny but icy Tundzha River gets dammed and is now waist-deep.

The priest stands on the right bank of the river, along with dozens of onlookers and reporters, and a drummer and several bag-pipers play the solemn folklore tunes typical of the region. The men form a horo and when the horo is long enough and the mood is excited enough they all plunge into the Tundzha.

The music plays, the men dance and sing, their bodies steaming. Lost in the moment, some of them even cast off their shirts.

Eventually, the priest throws in the cross. The men abandon the horo and search for it in the river. When they find it, they give it to the youngest participant, usually a boy in his early teens, and a pure native of Kalofer.

The men continue to dance and sing in the river for about an hour. Then they emerge and dance again until the cold starts turning their soaked clothes into icicles. The horo disbands and men head home, walking awkwardly in their heavy and increasingly stiffening baggy trousers, to change clothes and drink some more wine.

The origins of the ritual are obscure. It is easy to suggest that its only raison d’être is the sheer bravado of Kalofer men, who have lived a rough life for centuries and are proud of it. Like other religious celebrations, the Epiphany horo was forbidden under Communism, but because men of Kalofer are men of Kalofer, they cheated the Party and continued to enact the ritual in secret at an off-the-beaten-track location upriver.

In recent years, the Kalofer Epiphany horo has caught the attention of the media. Hotels and guesthouses are booked weeks in advance and many come to witness the hardened men dance in the river. Most visitors prefer to stay on solid ground and keep out the cold with sips of wine. Others, however, become so engrossed in the spirit of the event that they jump into the river and join the horo.

Change and emancipation have crept in as well. At least one woman, dressed in traditional male attire, has danced the horo. Several years ago, a determined Kalofer man baptized his one-year-old daughter in the icy Tundzha, becoming an unwitting trendsetter.

“Big boys having fun, making a splash,” says the local artist, with a smirk. For him, the tradition has become an expression of uncouth vanity. Some of the more enthusiastic participants in the male horo also admit that it has lost some of its magic.

“The real thing as we had it only 10 years ago is gone now,” says a man who used to entice American friends to dance in the river. “It’s all a hullabaloo now.”

He and his friends have already found a solution.

Early in the morning of 6 January, the hardliners sneak out of the town and go dancing the horo at the off-the-beaten-track site upriver ‒ just like their fathers did under Communism. 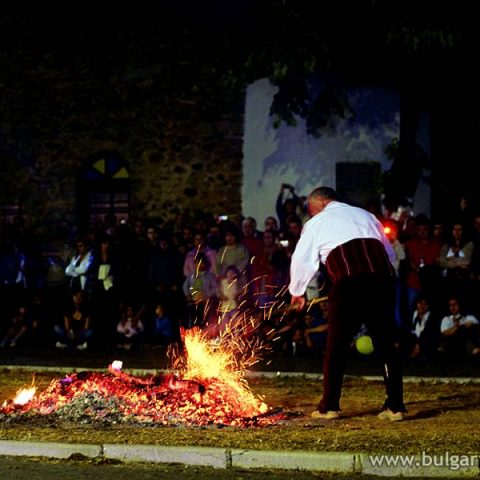