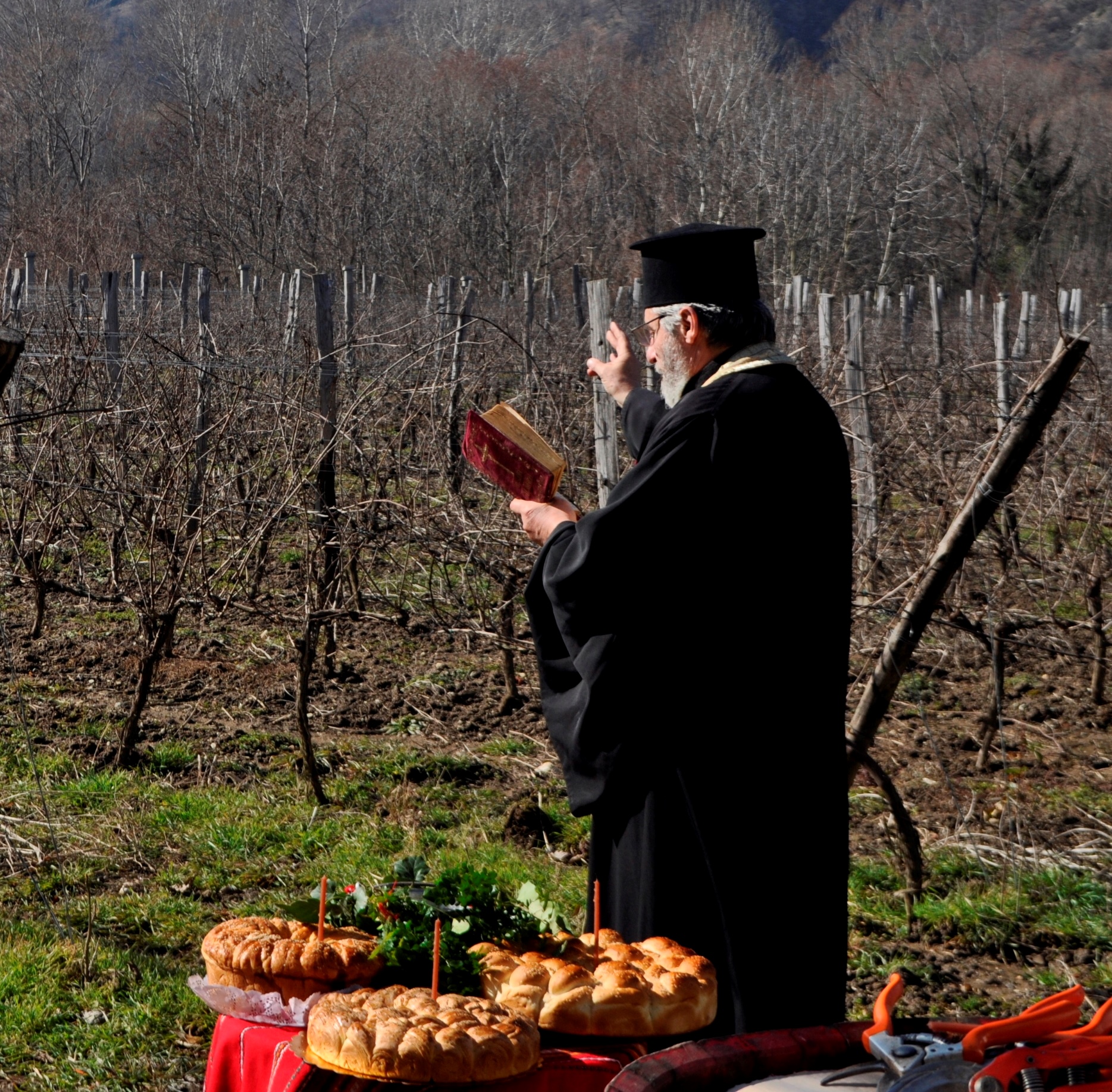 The question “What to do on St Valentine’s Day?” can be frustrating. For those in a relationship, there is the what-to-buy-this-year horror, while for some singles there is the feeling of loneliness. The anti-globalists become incensed at the heart-shaped mania that is taking over the world and the cynics point to the billions of dollars generated by the sales of romantic lingerie, chocolate, and holidays. It is hard to deny that most of the red or pink trivia sold everywhere before 14 February – plus the music on the radio and the movies on the TV – are outrageously kitschy.

Bulgaria, predominantly an Eastern-Orthodox nation, is not spared the Catholic St Valentine’s craze. Since the fall of Communism and the rise of global popular culture, young Bulgarians have become infatuated with it.

However, even if you have trouble enduring St Valentine’s Day, you should still spend it in Bulgaria. Here, on 14 February another and more traditional saint has been held in high esteem not only for centuries but for millennia.

A thinly Christianised version of the old Thracian deity known as Dionysus, St Trifon Zarezan is the patron of vines, wine, and publicans. His celebration is extremely popular and is a far cry from the saccharine St Valentine’s Day.

St Trifon was popular in the olden days when most Bulgarians lived in villages and many townsfolk still owned vineyards. In the days before readily available money or shops, self-sufficiency was crucial for survival and so it was vital to pay your respects to St Trifon. On his feast day, the village men would go to the vineyards, ritually prune the vines and, after the blessing of the priest, they would choose the best winemaker among them, proclaim him a king and crown him with a wreath of vines. Then they would drink and go to the king’s home for a feast and more drinking. On their way, they would indulge in all sorts of innuendoes towards any (giggling) woman they might meet on the street.

The forced urbanization during Communism increased the number of city dwellers from 25 percent of the population in 1946 to 70 percent in the 2000s. Official atheism also removed any trace of religion from St Trifon’s Day, turning it into the sterile Day of the Winemakers.

Today, few villages have enough men of active age to revive the drunken celebration of former times to its past glory. For obvious reasons, the owners of wineries celebrate, too, but put the stress on the ritual pruning and the priestly blessing, omitting obscenities altogether. Moreover, the whitewashed celebrations of today take place on 1 February – the official feast of St Trifon after the Bulgarian Eastern Orthodox Church adopted the Gregorian calendar for the immovable feasts, in 1968.

Despite changes in calendar and lifestyle, however, the stubborn urban Bulgarian stuck with celebrating St Trifon on 14 February. On that day, people just meet friends and get drunk with wine or whatever alcohol they prefer. Twisted and turned, the old tradition is alive and everyone is also still intrigued with the Freudian legend of how St Trifon was nicknamed Zarezan or The Cut-one.

St Trifon, the story goes, was a notorious vine-grower and general lout, and also the brother of the Virgin Mary. One day, while St Trifon was pruning his vines, his sister passed by, carrying Baby Jesus. St Trifon couldn’t resist mocking her about her “bastard.” Enraged, the Virgin Mary stormed off to St Trifon’s house and cried to his wife: “Run! Run to the vineyard as Trifon has cut his nose off!” The panicked woman rushed to the vineyard only to see her husband pruning the vines and probably whistling something under his – intact – nose. “Your sister said you had cut off your nose!” the wife cried. “How can you be so stupid? Here it is, on my face!,” said St Trifon and pointed to his nose with his pruning knife and unwittingly cut it off.

For many modern Bulgarians, getting drunk on 14 February in the name of St Trifon is also a matter of patriotic duty, the epitome of the “we against those pesky Westerners” attitude.

Funnily enough, no one besides the clergy pays any attention to the original St Trifon. He has nothing to do with his Bulgarian twin or with Dionysus. St Trifon was a 3rd Century physician from Asia Minor who was put to the sword by the Roman authorities for his firm belief in the then-forbidden Christianity.

However, if you look close enough, there are similarities between Catholic St Valentine and Eastern Orthodox St Trifon. Both celebrate the springtime rebirth of nature and, to a more symbolic extent, the madness induced by love and/or wine. 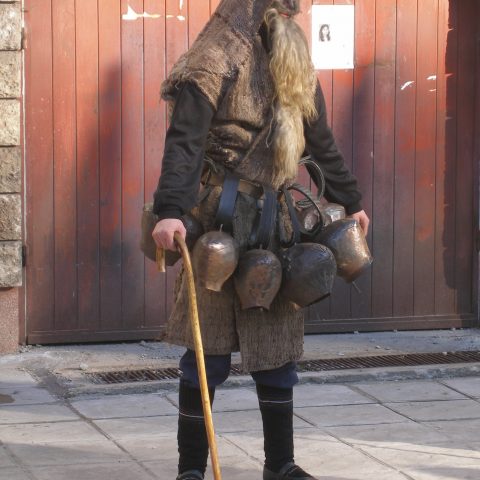 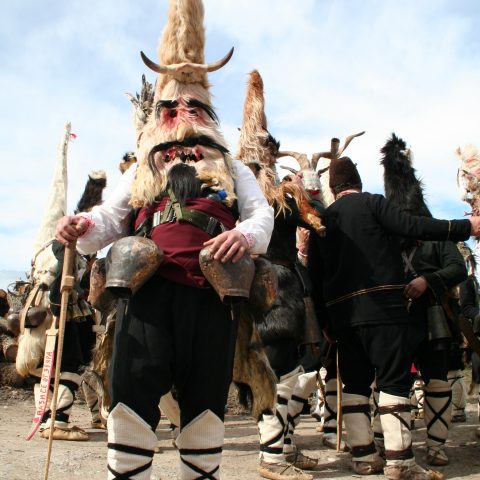 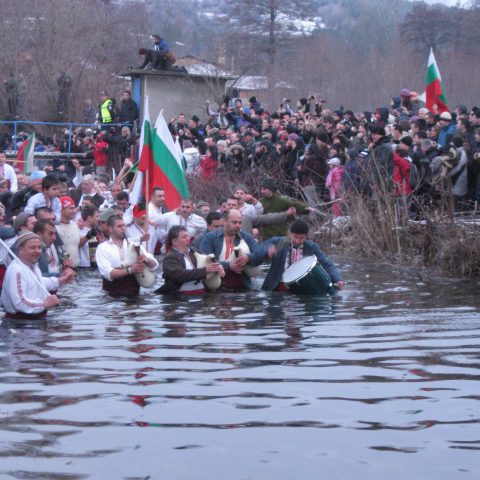